What happens during hypnosis?

Let’s take a closer look at the science behind it all.  If you are like me, an inquisitive and analytical mind, you will want to know exactly how hypnosis works.  This part of the site is for you.  One thing to remember is this:  The subconscious mind is always on, always listening, regardless of how conscious we are.  So suggestions work with all brainwave levels.  You should note that it’s rare for you to only enter one state during your hypnosis session. More likely you will begin by oscillating from Alpha to Theta, and sometimes when you become more accustomed to my voice you may drop down to Delta. 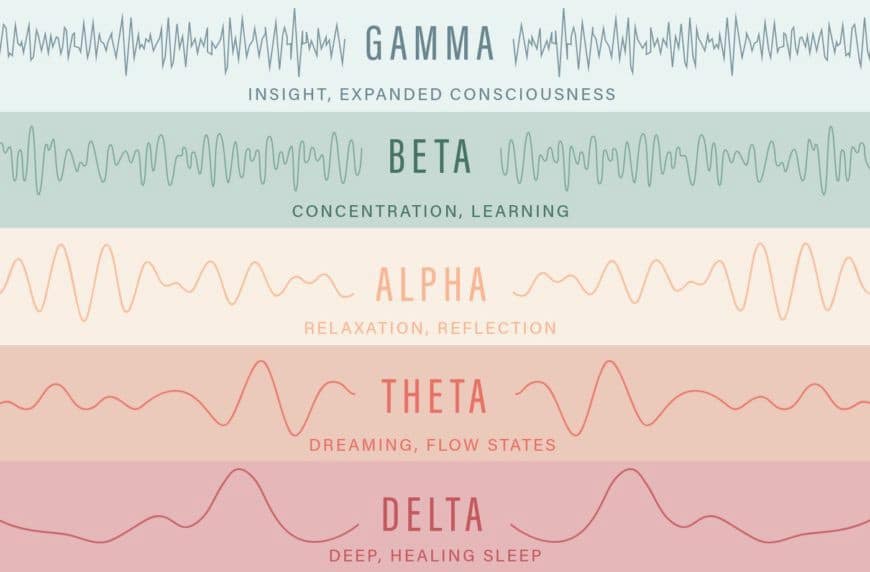 Gamma waves are the fastest of all the brain waves. They oscillate up to an incredible 100 cycles per second and possibly even faster, since they can be challenging to measure accurately.

When you are intensely focused on something, or fully engaged in solving a problem, your brain produces gamma waves. You’re likely at peak concentration and focus when your brain fires off gamma waves.

When we are awake and fully conscious, we are in Beta.  It is the waking, thinking state. During beta, brainwaves range from 14 to 40 cycles per second. In beta, an individual thinks and listens, can solve analytical problems, make decisions, and intake and process information. In Beta our mind is most alert. This is our normal state of mind when working, studying and doing daily activities.

When we enter Alpha brainwave state the brainwaves are slower and is more indicative of relaxing and reflecting. During alpha, brainwaves range from 9 to 14 cycles per second. In the alpha state the reticular activating system in your brain starts to shut down. An individual is fully aware of his/her surroundings but in a much more relaxed state of mind than beta. Hypnosis and Meditation are often practiced in the alpha brainwave state.  It is during this stage that suggestion work is mostly done.

Theta is an even slower state than Alpha and is perfect for daydreaming and intuitive thinking. During theta, brainwaves range from 5 to 8 cycles per second. It is the state between wakefulness and sleep. In this state of mind, memories, thoughts and facts that eluded a person in a wakeful state can be recalled. It is often in this state that answers to problems seem to appear.

Hypnosis and deep meditation are practiced in the theta state.  Theta brain waves can also occur when you’re awake and in a very deeply relaxed state of mind.  In a 2017 study  scientists explored the way that theta wave activity seems to be linked to one particular type of learning. This type of learning occurs when you’re doing something that you may not have conscious access to, like learning to ride a bike. This is known as implicit learning.

Delta is the lowest and slowest brainwave state.

Both delta waves and theta waves occur when you’re asleep, but delta waves are the waves that dominate when you’re in a period of deep, restorative sleep. At the slowest delta level, sleep is deep and dreamless.  Delta is a deeply restorative state and during that time you are not aware of what your hypnotherapist is saying, but the suggestions are being accepted.

What are binaural beats?

When you hear two slightly different frequency tones, one in each ear, your brain processes a beat at the difference of the frequencies. This is called a binaural beat. For example:  Let’s say you’re listening to a sound in your left ear that’s at a frequency of 132Hz but in your right ear, you’re listening to a sound that’s at 121Hz. Your brain gradually falls into synchrony with the difference of 11Hz. Instead of hearing two different tones, you instead hear a tone at 11Hz, in addition to the two tones given to each ear.

What binaural beats should I listen to?

So start your hypnotherapy journey today.